How did the 2011 Fox/Google GOP primary debate impact voters?

ES conducted an online framing experiment to measure how exchanges between Romney and Perry in the Fox News/Google-sponsored GOP debate impacted support for each candidate. We used a Facebook ad campaign to survey self-identified Republicans who are registered and plan to vote in their upcoming primary or caucus.

Respondents were divided into three separate treatment groups and one control group. Using video clips from last week’s Fox News/Google-sponsored GOP debate, each treatment was an instance in which Romney and Perry interacted on:

Watch our Impact Overview below, or download the print version. For additional information, read the combined topline results for all conditions.

Despite Romney’s widely praised performance, the best he did was moderate how much Republican primary voters dislike him. And in the case of the Social Security exchange, he increased the ranks of Anti-Romney voters. 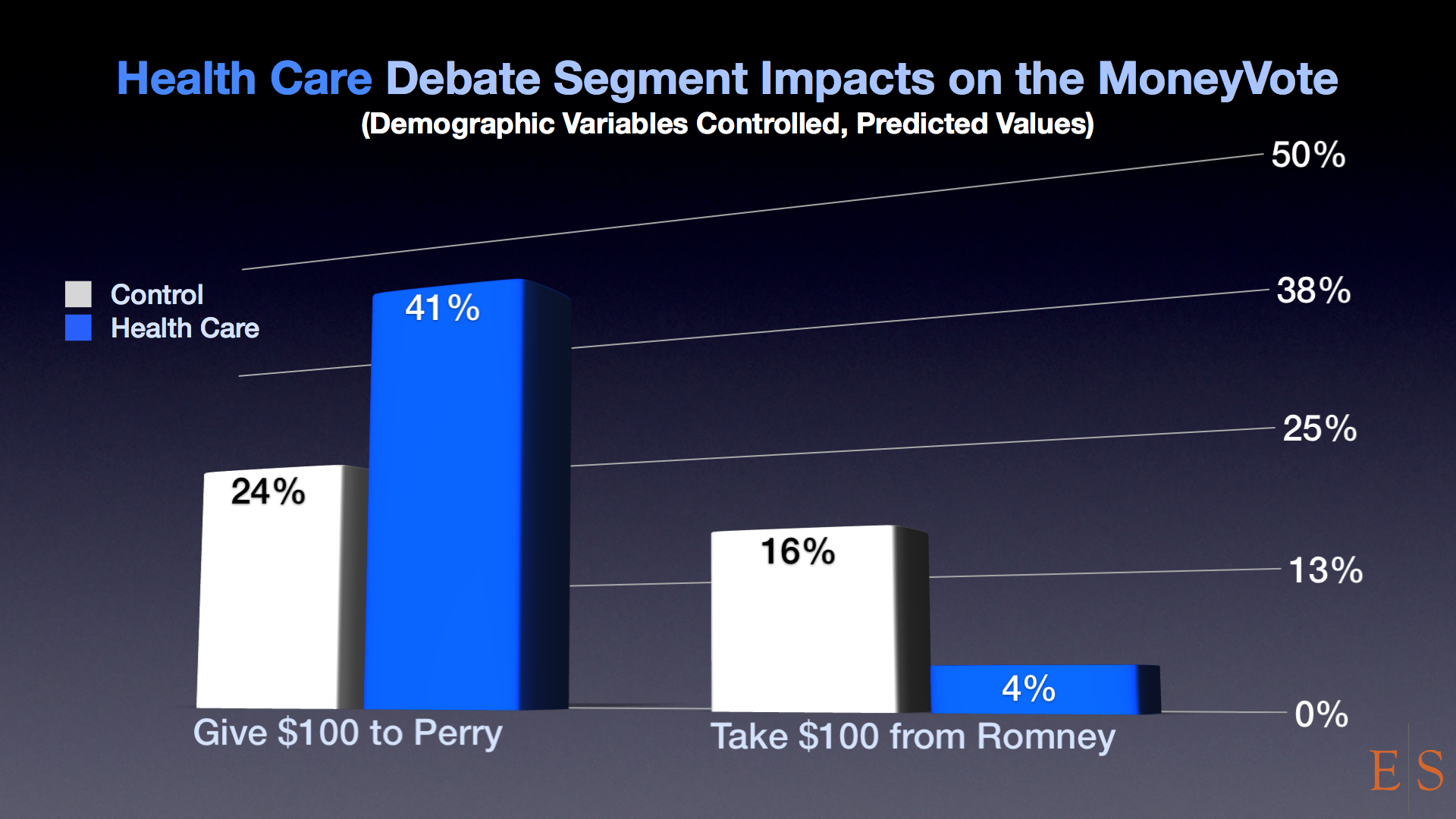 Despite a widely criticized performance, Perry actually gained support from the Healthcare exchange. Immigration was his one huge failure, but even here Romney fails to gain support and must settle for fewer people who dislike him.

Bottom line . . . Perry won the big issue exchanges in this debate. And Romney’s inability to do more than dampen dislike for him is an ominous sign for Romney in the Republican primary contest, and even the general election beyond.