How do swing voters respond to Ryan’s introduction to the Republican ticket? Does Ryan help or hurt Romney? These questions are impossible to answer with traditional surveys. To answer these questions, we executed a Romney/Ryan PocketTrial testing the impact of pro and anti-Romney ads on swing voters.

Our findings turn the “war on women” logic on it’s head; male swing voters look like the ones who could decide this election. Men seem highly susceptible to advertising, and women much more stable in their opinions and vote-choice. The campaigns would do well to concentrate on courting men, not women.

We exposed more than 1,000 weak partisans and pure independents to current political ads, both negative and positive, featuring the Romney/Ryan ticket (August 14-17th). Respondents were randomly assigned to one of four conditions in a true experiment – three treatment groups and a control.  Statistical analyses were performed to identify significant “treatment” impacts. 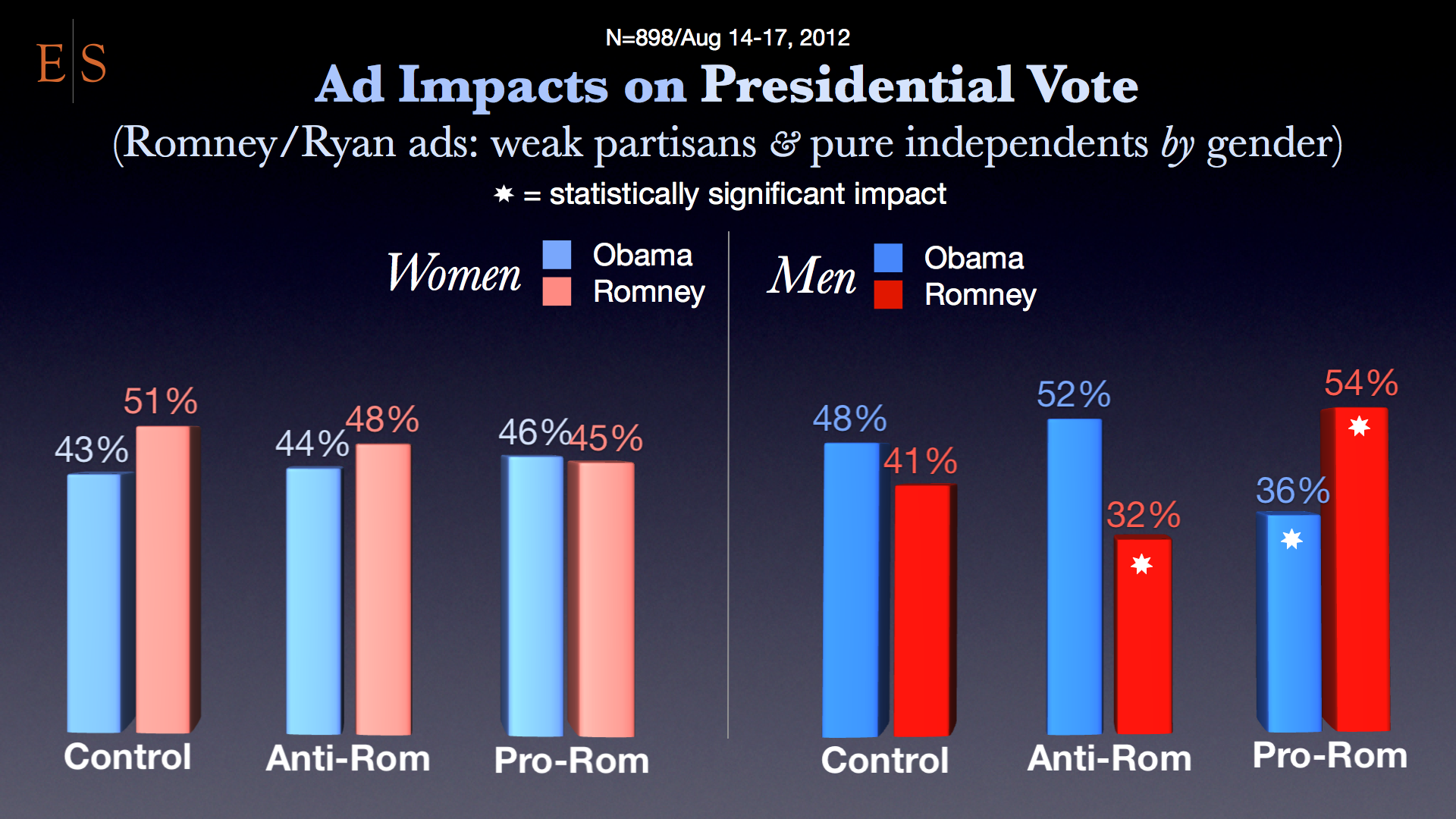 Female swing voters do not shift significantly to either the “Pro-Romney” ad or the attack ad alone.

Male swing voters respond strongly to the “Pro-Romney” ad on it’s own, but the attack ad appears ineffective on its own. 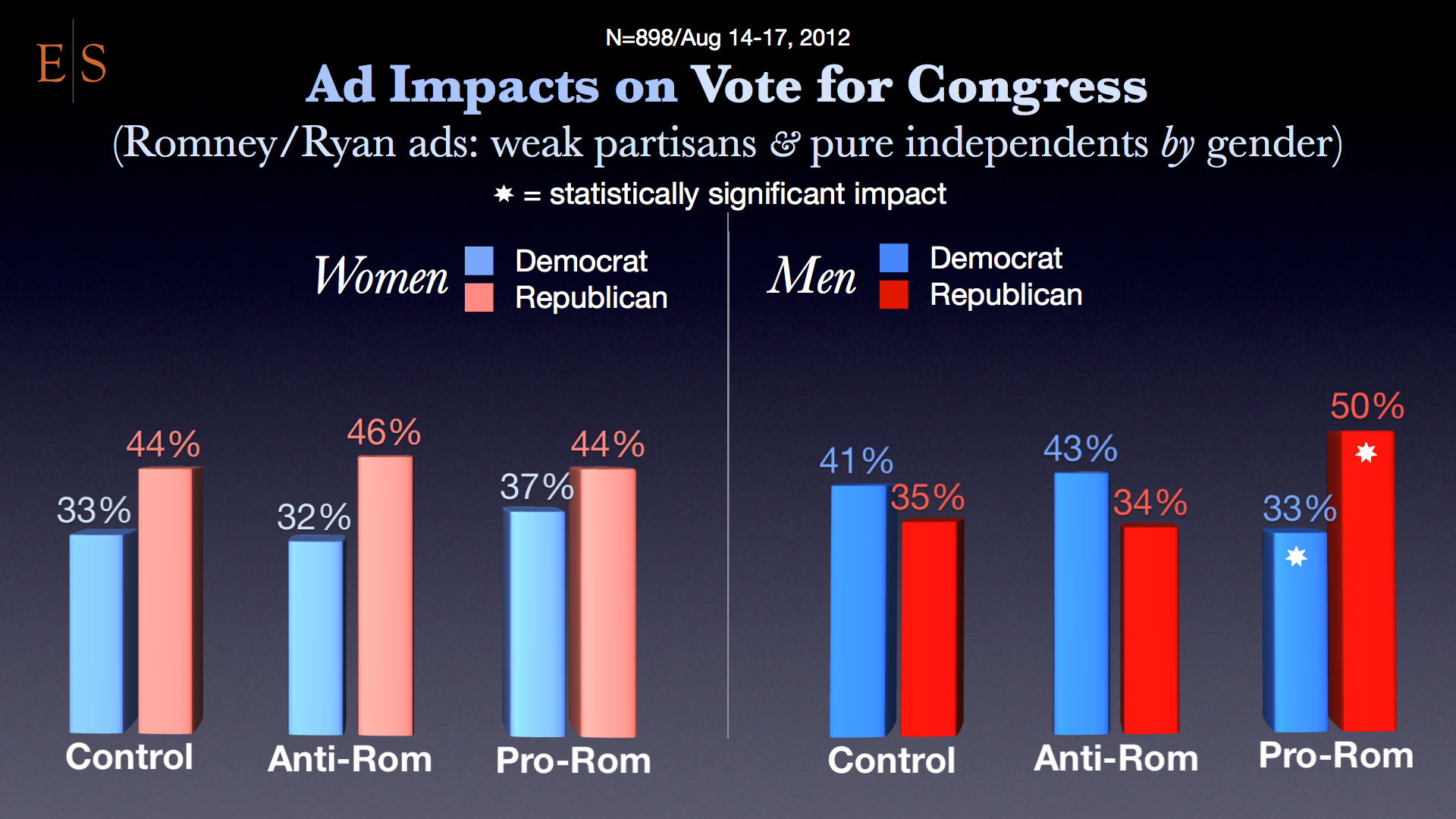 The same pattern holds for the generic Congressional vote, with women much more stable, and men responding very positively to the “Pro-Romney” ad.

Contrary to the conventional narrative, it seems that Gov. Romney and President Obama have more to gain targeting men than they do by targeting women.

’08 Vote-Adjusted Impact on the Vote 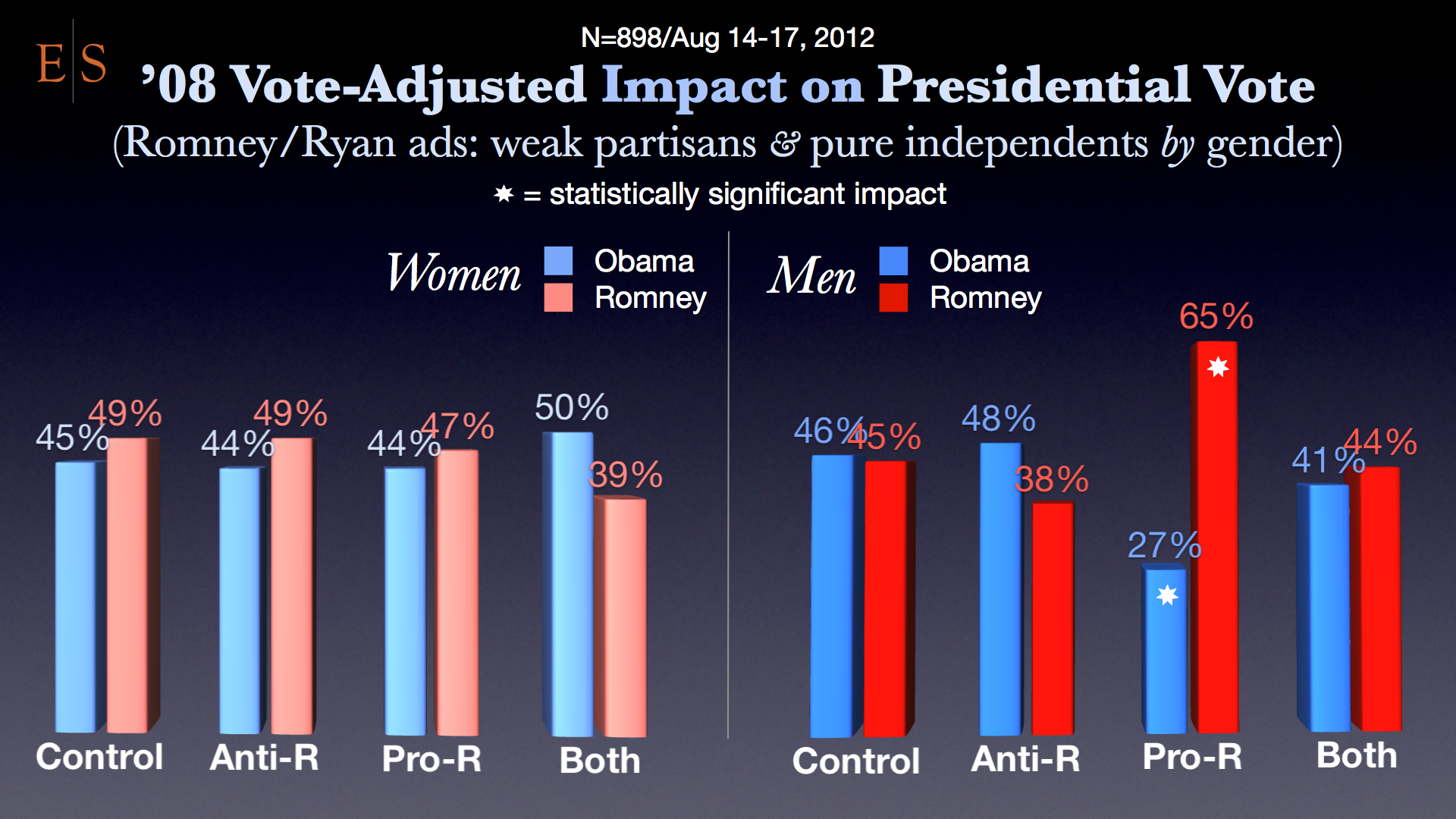 Here we have weighted our data to match the the Cooperative Congressional Election Study’s voter-file validated vote share for Obama and McCain in 2008, by gender. These predicted vote shares better approximate the impact on likely voters for this fall.

We can see that the same general pattern holds, with the male vote much more volatile than the female vote. But there is more going on when respondents watch both ads. 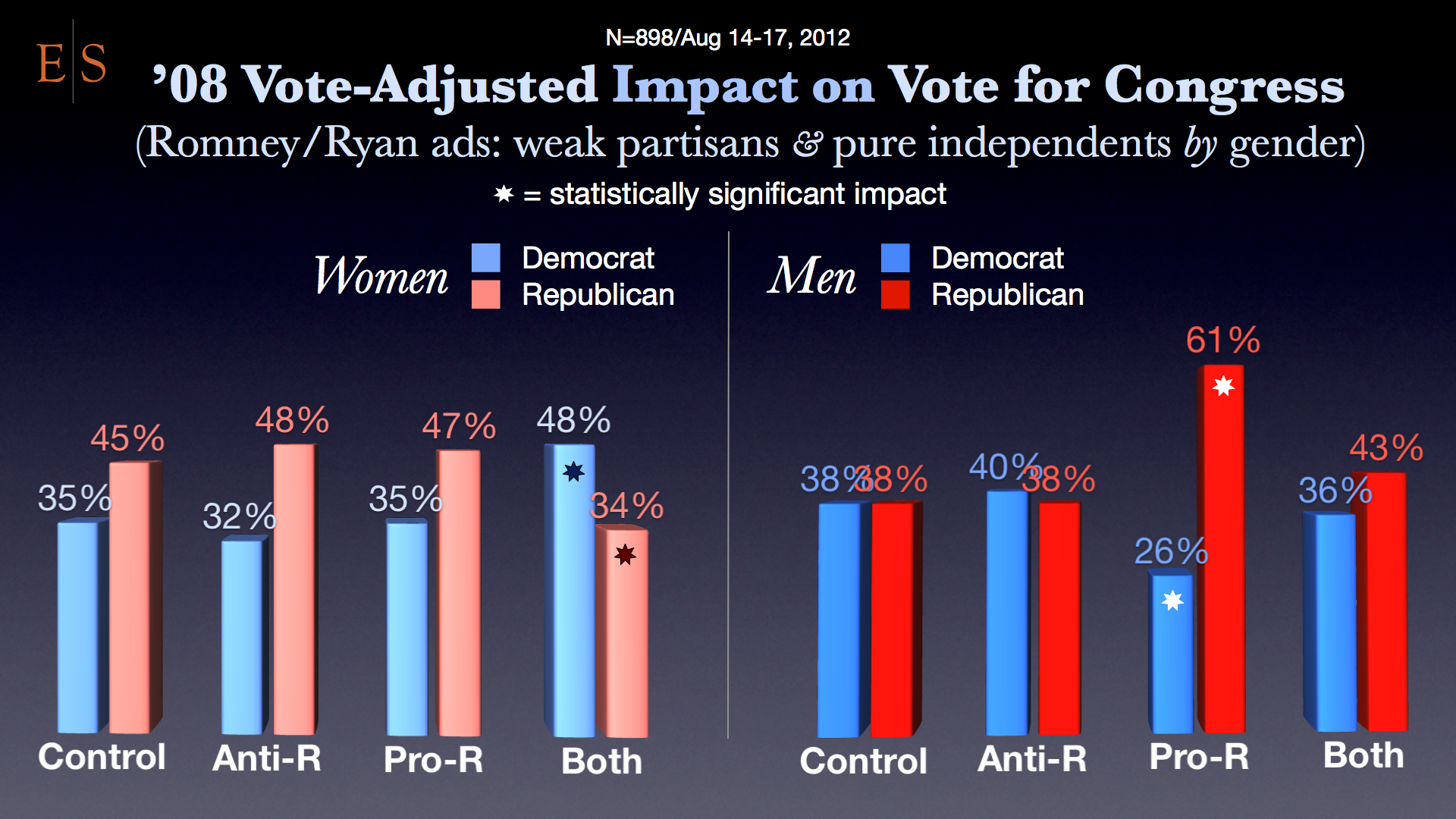 The same pattern holds for the generic Congressional vote, with women much more stable, men responding very positively to the “Pro-Romney” ad, and a shift to one side when viewing both ads.