The Classiest Primary Ever

Trump / Cruz ads work on a different class of voters

Can Cruz knock Trump out of first place?

Our results suggest that Cruz’s ads alone are not enough to knock Trump out of first place with the voters he’s targeting.

This fight is a class struggle, and Cruz’s best bet to boost his numbers lies with the middle class.

Our results find that Cruz can’t win over the working class or upper class with what he’s got on the air now. In fact, blue collar voters double down on Trump when he’s attacked by Cruz.

“Heading into Iowa, Sen. Cruz is in trouble. The standard lines of attack against Trump are effective with some sub-groups but cause other voters to double down in their support for him. Cruz would be wise to find new lines of attack while pushing out his positive ads. Otherwise, the Trump juggernaut is likely to continue.”

Can Trump boost his support with his new spending on ads?

No. People already know what they are getting with Trump. An ad advocating for Trump does not shift votes his way. However, the same ad does move voters away from Cruz. 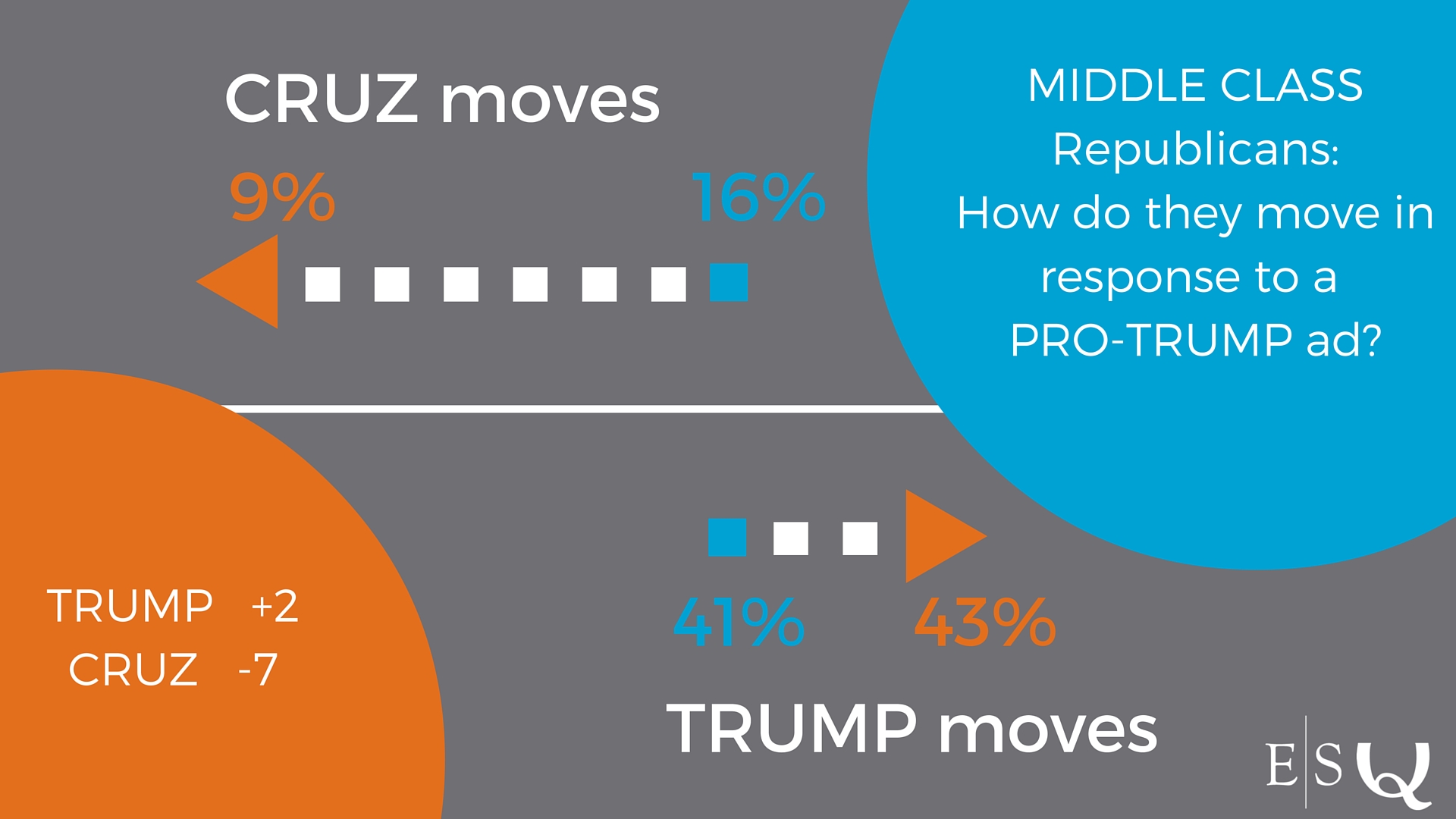 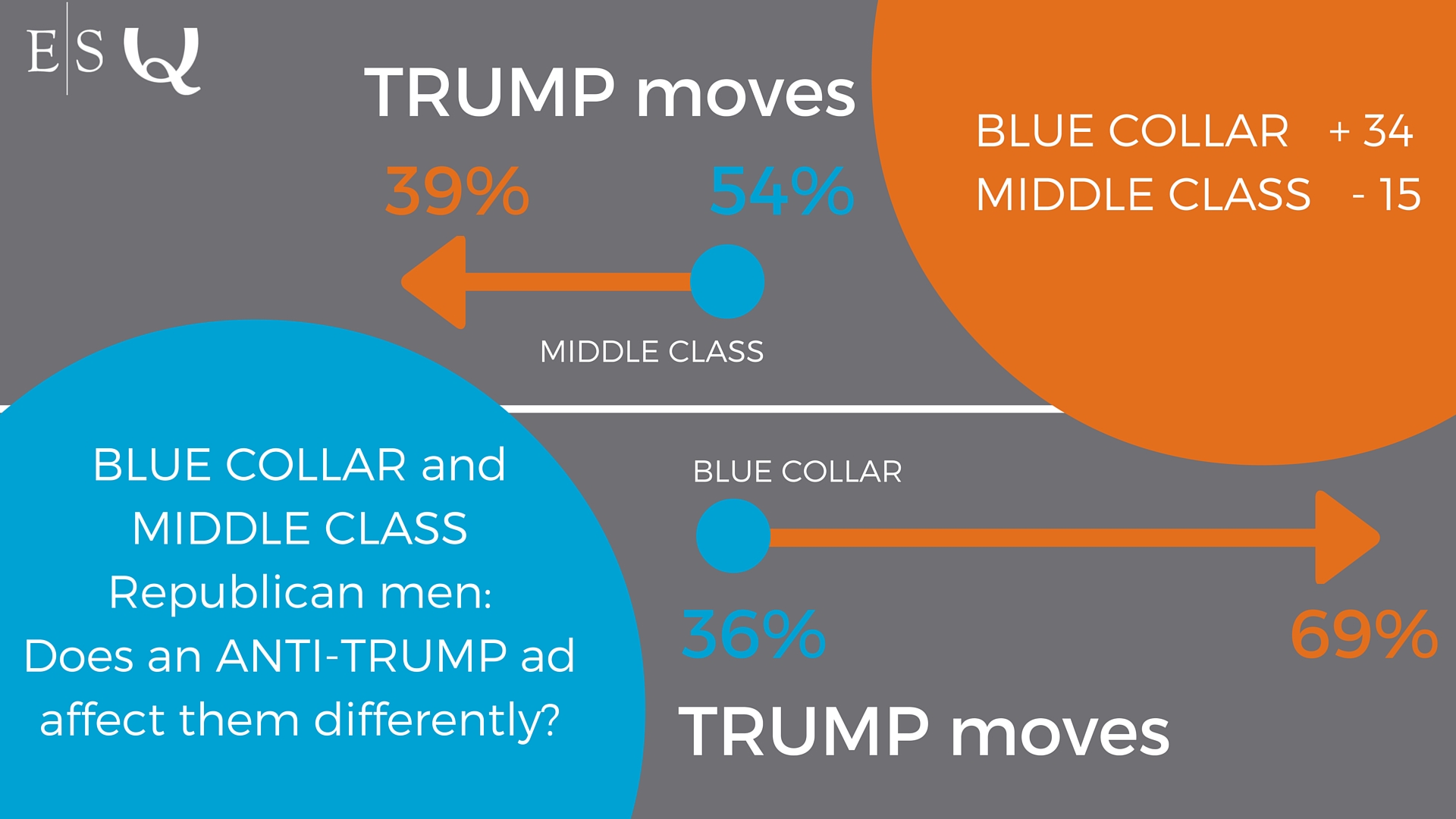 Can Cruz increase his support among voters using his own brand of immigration-focused populism?

Yes, but he has to be careful with the pitch. It works with the middle-class, but it does not work with anyone else, and it actually hurts him with the upper class. 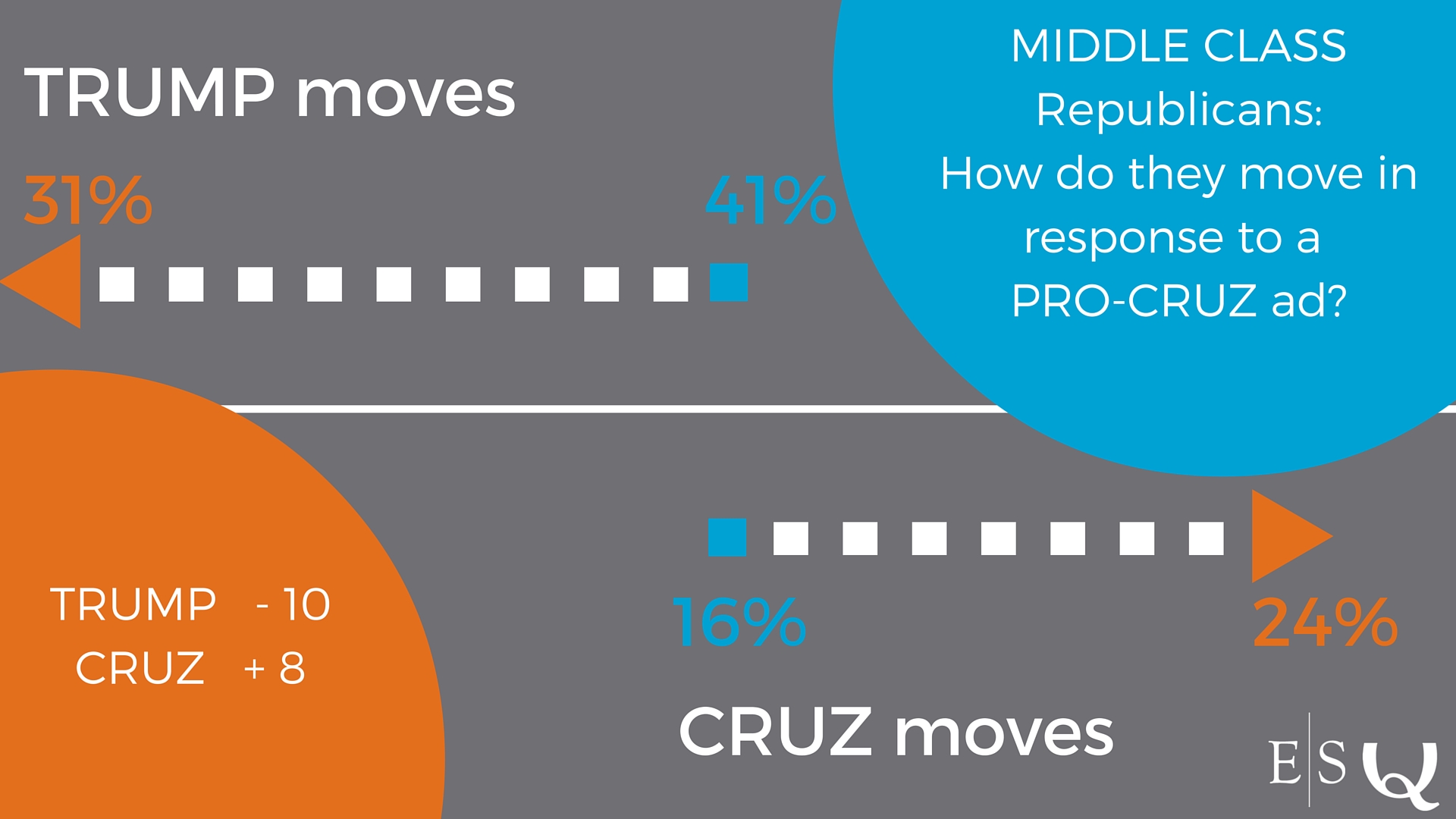 We discover the most effective messages using the scientific method — randomized-controlled trials allow us to measure a message’s impact on people in a test group relative to placebo group.

In this study, we recruited over 1,200 respondents approximating the registered voter population on age, gender, and education from an online consumer research panel. Each respondent entered the survey and answered the same questions, had the exact same experience until they were randomly assigned in the middle of the survey to view one, and only one, of four videos:

After viewing the ad, each person had been assigned, every respondent completed the same survey, answering the same questions. These questions included one where respondents were asked to eliminate one candidate, to pick their first choice for the nomination, and pick their second choice. Respondents were also asked to rate the candidates Donald Trump, Ted Cruz and Marco Rubio and to rate the chance that they would turn out to vote in their state’s caucus or primary for the Republican nomination.

We then conducted statistical analyses to determine the impact of each ad on first-place support for each primary candidate.