A PocketTrial®quantifies the true impact of a message using a customized, double-blind, and fully controlled experimental design. It’s like a small-scale clinical drug trial, but it’s a message we’re testing.

But what message is really most effective at increasing support for spending cuts to reduce the deficit and national debt? Which argument works best, and with which swing voters? How do arguments on the debt impact the political landscape, support for Democrats and Republicans? 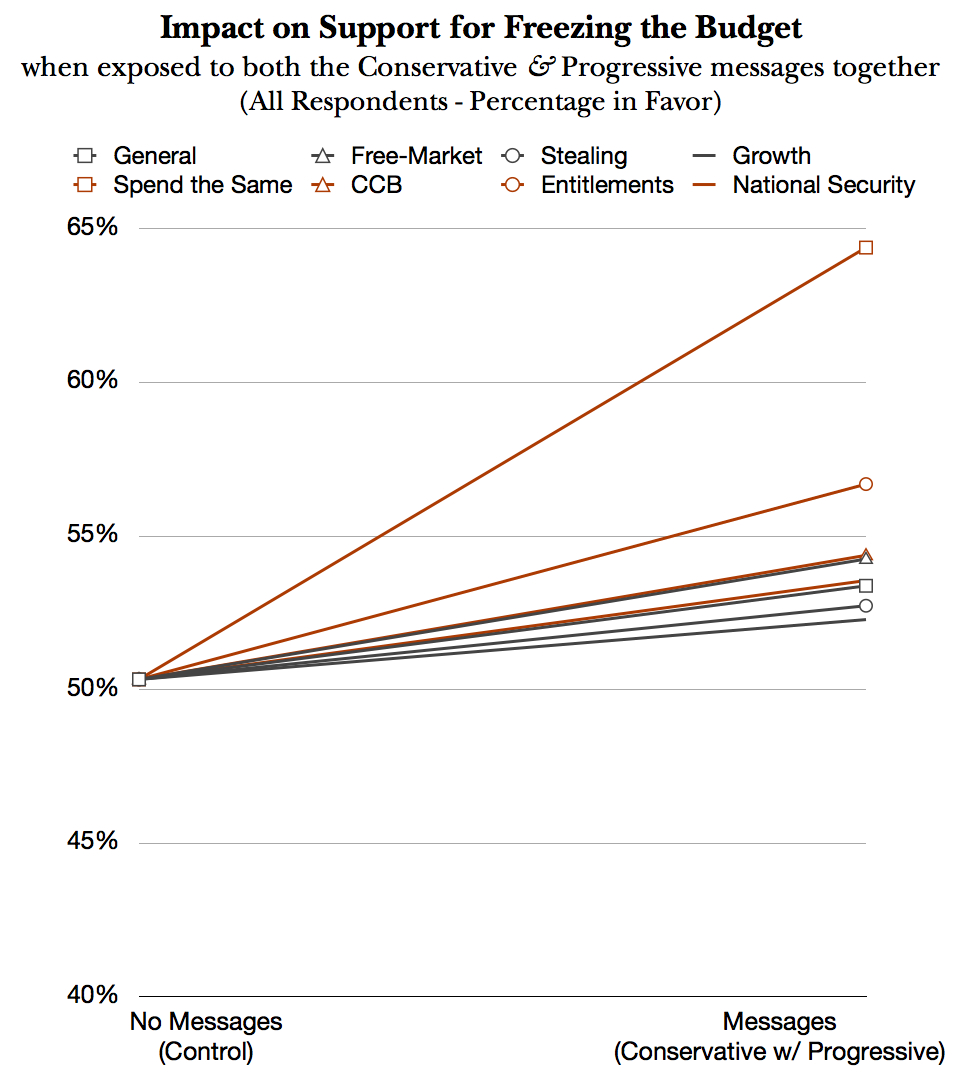 Unfortunately, trying to fight all spending is a fool’s errand. The research found that no messages curbs enthusiasm for so-called “good spending,” such as education, workforce development, infrastructure, and green technology.

Americans want to get the budget under control, but they still overwhelmingly support certain “good” kinds of government spending. And it is difficult to undermine that support. (This may be a factor of respondents thinking that if we eliminate wasteful spending we have more resources to apply to “good” programs.)

So what are the most popular – and most easily promoted – policies for shrinking the budget?

The current “sequester” debate provides an opportunity to focus attention away from un-winnable disputes over “good” spending and shift the conversation to the common-sense idea that government cannot alwaysgrow (surely we can hold spending to the same levels of last year).

Doing so will allow conservatives and Republicans to focus attention on what the public widely recognizes as the real driver of our debt problems — our entitlement programs. A message focused on entitlement reform advances both an important policy cause and yields significant political benefits. 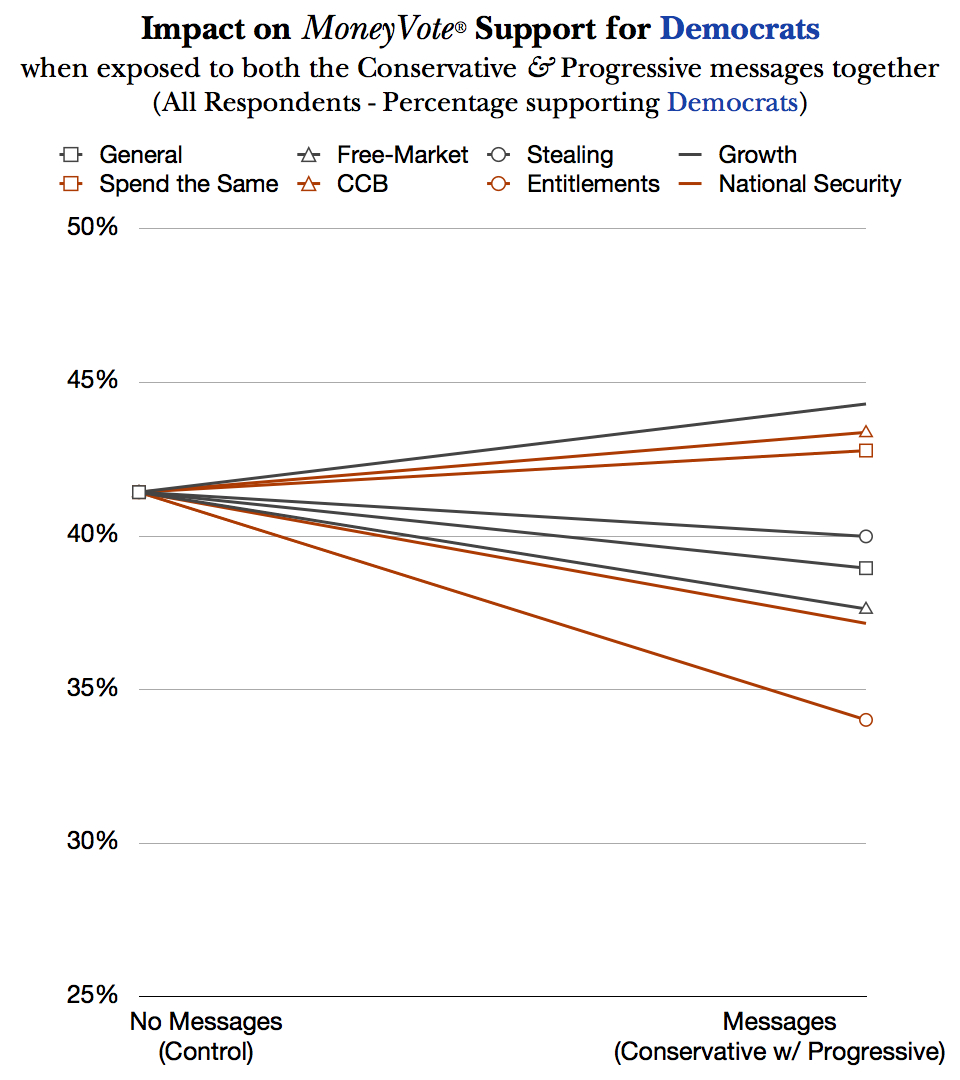 While the “just spend the same next year” message is very effective at increasing public support for overall budget constraints among both men and women, (and eliminates the need to dwell on specific cuts), it doesn’t have any significant effect on a respondent’s support for Republicans.

Three messages stand out as very effective in boosting support for Republicans, although they don’t significantly undermine support for Democrats: