Many pundits and politicians have argued that the best way to bring Hispanic voters to the conservative side on policy and vote preferences is to emphasize social issues. Still others argue that it is better to focus on economic issues.

But what message is really most effective at increasing support for conservative issues and candidates? Is there a serious risk of backlash on conservative social or economic issues? Which arguments work best overall and with swing voters? How do these messages affect the political landscape, as well as support for Democrats and Republicans?

To answer these questions, we ran a PocketTrial® online survey experiment exposing 1,760 Spanish-fluent citizens across the country to one of six messages on core conservative issues or a Control group (fielded March 15–25, 2013). 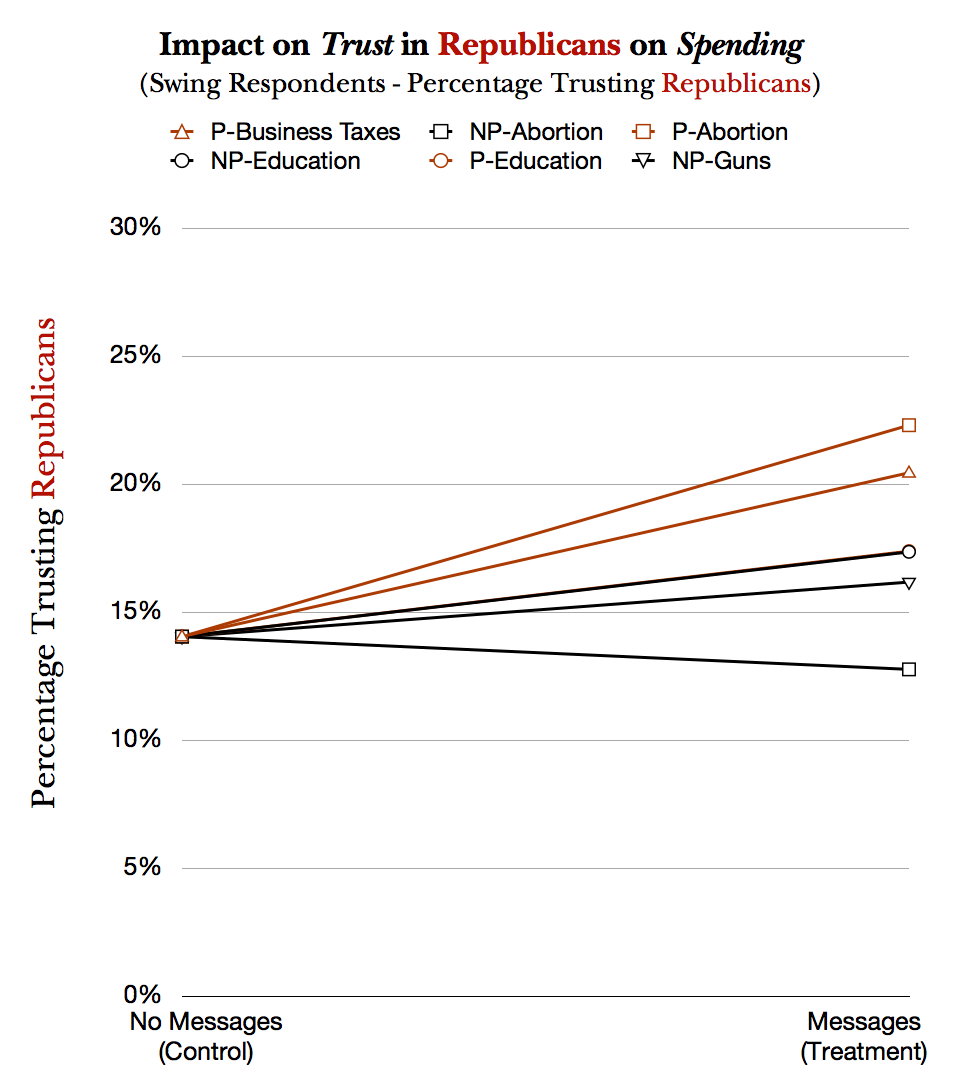 Conservatives and Republicans have a serious trust deficit in the Hispanic community. Even among the 25 percent of our respondents who oppose abortion under any circumstances, Democrats are trusted over Republicans on the issue of abortion by 36 to 30 percent. If Republicans can’t even earn the trust of a plurality of strongly pro-life Hispanics on the issue of abortion itself, then there is a deep underlying problem that goes far beyond any single issue.

Is there any hope of shifting Hispanic voters toward support of conservative policies and trust in conservative candidates? Our results suggest there is hope, but it won’t be easy.

There is little suggestion of any net backlash effect from the ads, with the exception of the Non-Partisan Education ad, which could weaken support for Republican congressional candidates. Otherwise, the trend of the impacts are generally neutral or in a positive direction. 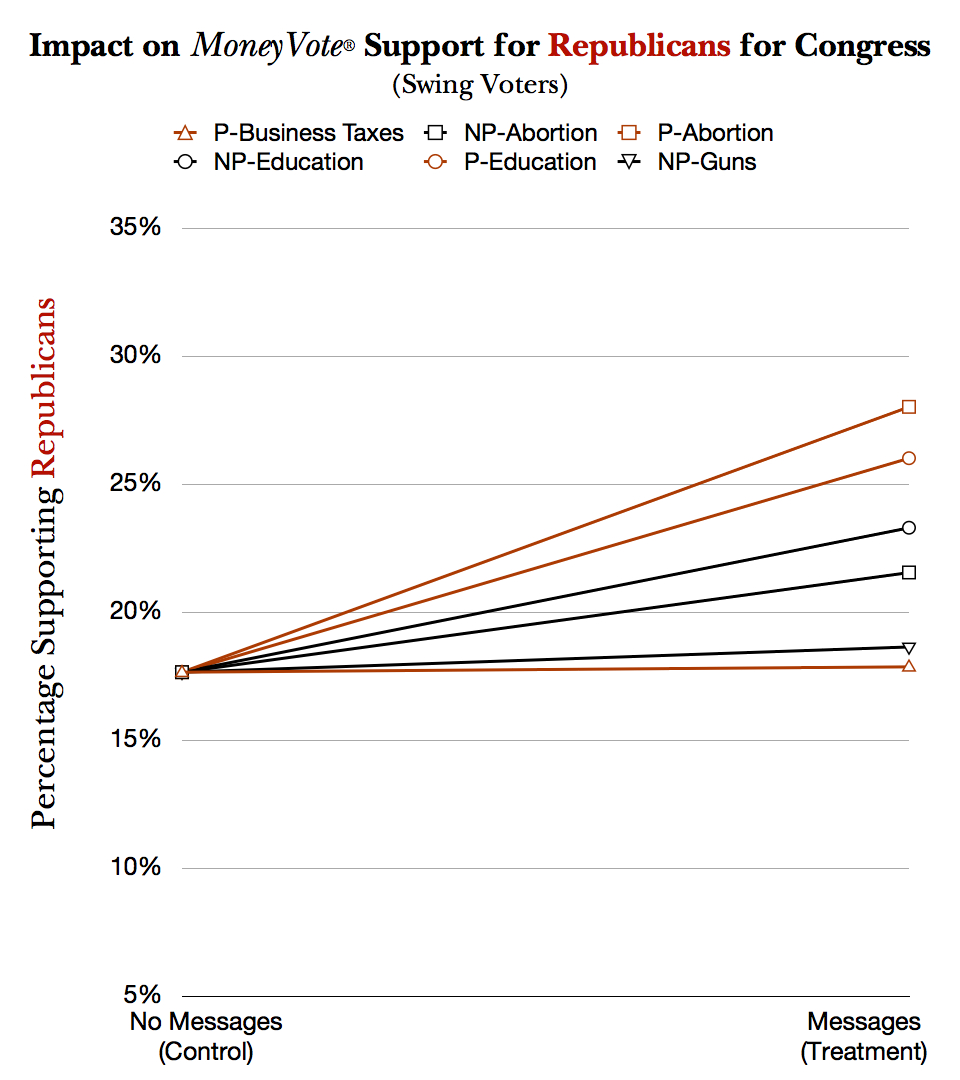 How does trust on the issues translate into political support? Can we actually move votes with a single, 30 or 60-second ad? 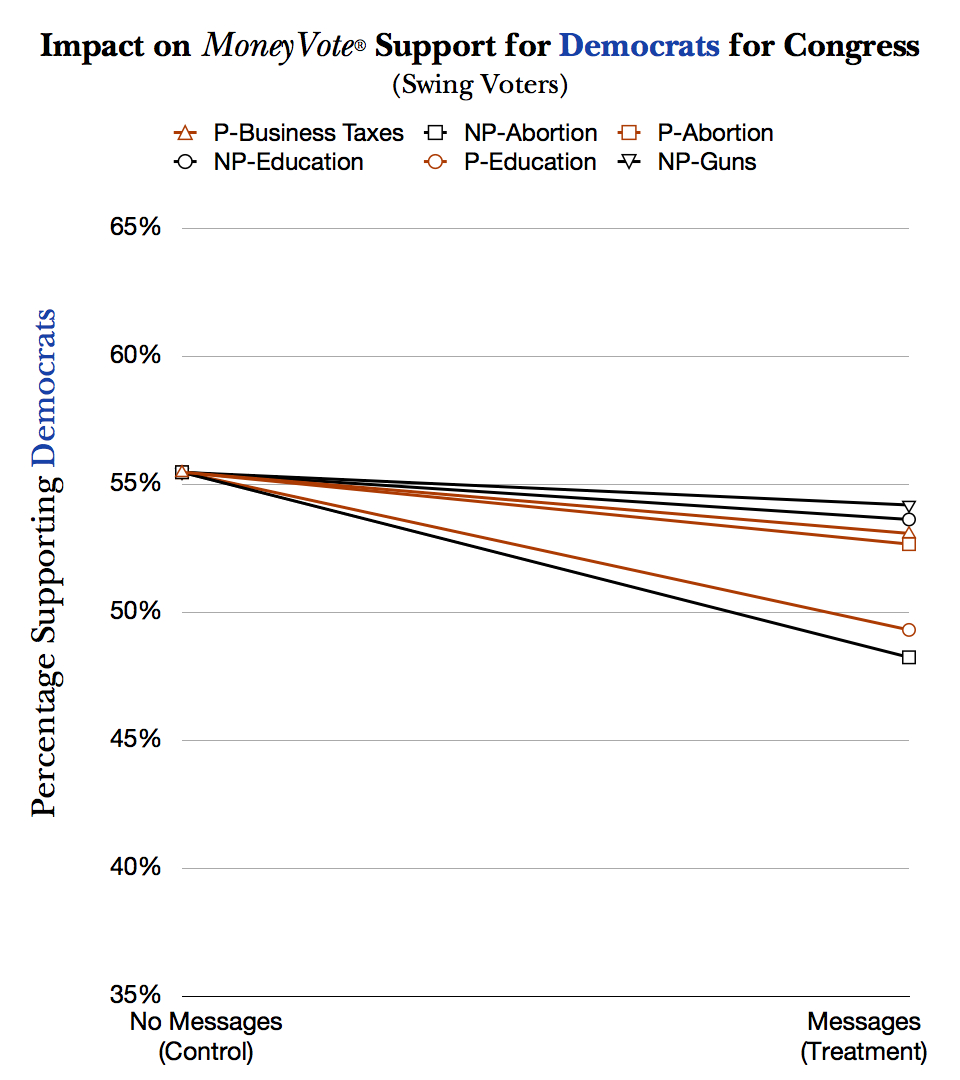 In short, ¡Sí, se puede! The experimental results suggest that a brief, powerful message, can significantly shift vote preferences among Hispanic citizens. The ads that moved voters on trust also moved them on vote preferences.