To discover whether Obama’s or Romney’s ads are more effective in shifting the vote, we partnered with Qualtrics and executed a PocketTrial™ testing the individual and combined impacts of seven Romney and Obama campaign ads. (See full report here.)

Our PocketTrial™ exposed more than 2,300 registered, pure independents and weak partisans – no strong Republicans or Democrats – to one or more of seven political ads from the Obama and Romney camps (the Control group watched no ads). Respondents were randomly assigned to one of 11 conditions in a true experiment – 10 treatment groups and a control.  Statistical analyses were performed to identify significant “treatment” impacts.

We tested the individual and combined impact of matched Obama and Romney ads from three “themes,” 1) Medicare ads, 2) Economic Attack ads, and 3) Comprehensive, economic-focused “Plan” ads. In addition, we tested 4) the impact of the “Disappointed” ad from Americans for Prosperity, which has been highly rated in focus groups and received heavy air time.

So which side is winning the Presidential Ad War? It depends on how much enthusiasm matters compared to marginal vote shifts this year. 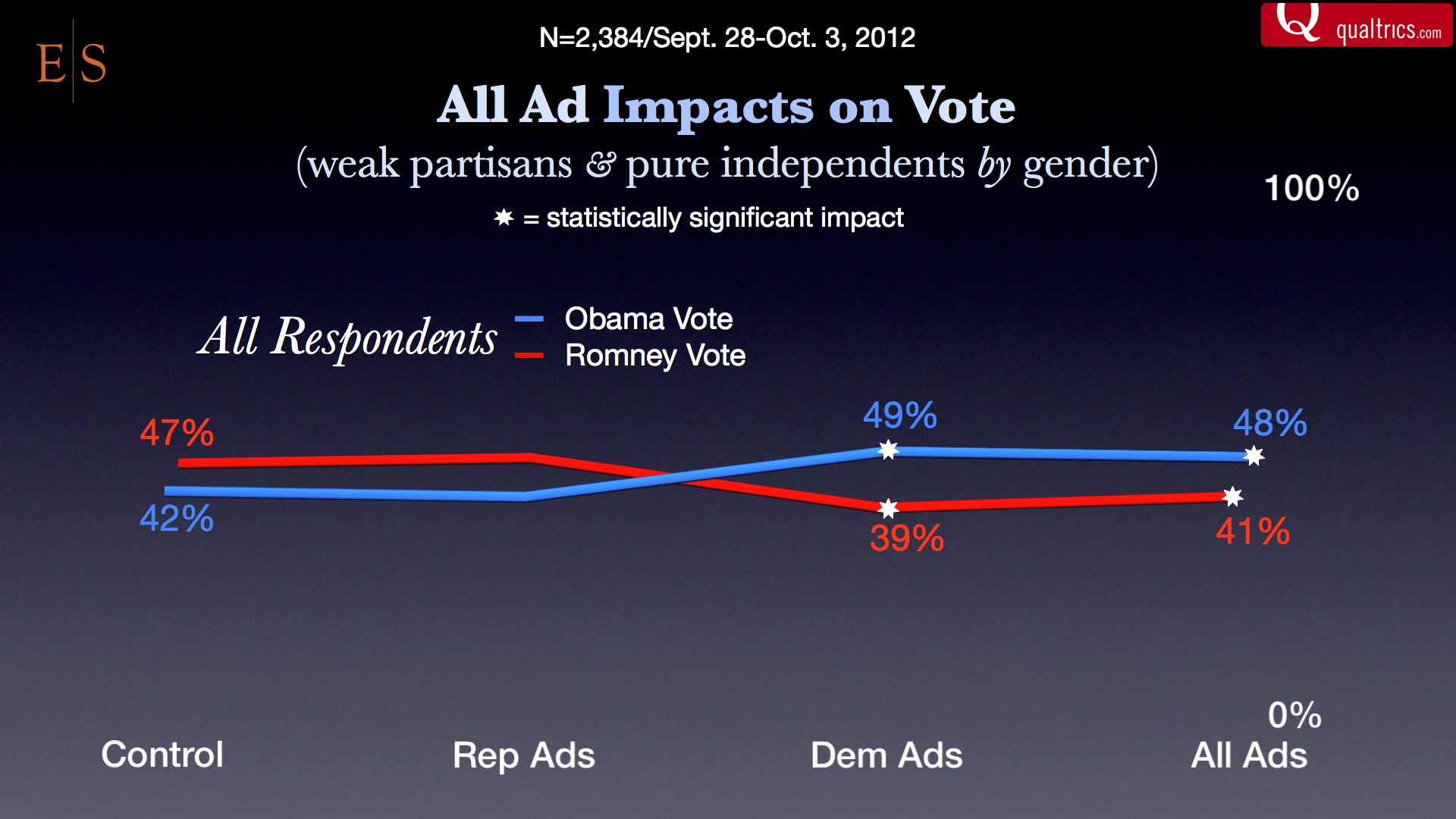 The twist . . . both the Romney and Obama ads are effective at increasing enthusiasm among likely Romney voters(McCain voters from 2008). The Obama ads don’t significantly impact the enthusiasm of ’08 Obama voters.

Most polls are now using “likely voter” screens for their results. What does that mean? It means that which candidate registered voters in general prefer doesn’t matter . . . you have to prefer a candidate, and say that you are very likely to vote and/or are enthusiastic to vote this fall.

These “likely voter” polls, in other words, are capturing shifts in voter enthusiasm in addition to any shifts in actual vote preference. For instance, if people who prefer Romney are much more enthusiastic about voting and people people who prefer Obama are less enthusiastic, that means more Romney “voters” will get counted because they are now “likely voters” and fewer Obama “voters” will be counted.